JUMPING OVER YOUR SHADOW SLASH LANDSCAPE WITH SQUEEGEE

Knockdown-dragout tween arched guitar and fatback drums, a bass line
punches the one with thumbslap torque, wobbling excited atoms. Form
flows. Thanks for the straitjacket, always makes for a nice trip.
Awake on this phase-shifted ring-modulated morning, a plan
in hand from Control, we begin optimistically enough, on the off chance
weather will smile and our contrail write PEACE across azure. Who knows
whether our empennage will stresscrack or delam on climb out, sending eyes
scattering toward flames, waves, beryllium, faceless survivors, crushed hopes.

Master say: I could spend my life arranging things. Spend, spend. Plan
A always comes with a lumpy dowry. Mascara rivulets puddling eyes
introduce Plan B to the shocked shocked participants. Hardly a chance
to catch breath after the stickymoon sojourn, a brochure-fringed trip
to empyrean isles (Darwin’s wetspot dream) where each party’s past toes the line
before rolling over in bed like a crushing blue-veined iceberg—the 10% hope
90% underwater surprise of every J. Caird marriage. Riprap, swamp. The known
world can’t compete. Then, at customs, upon re-entry, a most unusual form.

A scissoring. A sex change of robots. A restraining order. Form
follows fiasco. Brave men run in my family. Tinker to Evers to Chance.
Berserker manners: a careful riot, stockbrokers at a buffet whispering Know
what? You gotta own it—GAARP, EBITDA. But beauty’s in the eye
of the bondholder. Suckers! He may have come from a place called Hope
but all night long it was honor, offer, honor, offer. The firebombing plan
for Dresden included Vonnegut and Richter as bit players, just boys, a story line
in the flick now showing at the Googolplex. A scissoring. A freaky trip.

Hanging round as Specktators, eight student nurses on an Illinois death trip.
Hanging against chambered walls, eight buckets of pulverized earth known
to the perp as dirty pictures. Exactly what—he axed anxiously—is your line
of work, sir? “Not creating good god,” having overheard the chance
remark about god being in the details. “More shattering windows: no health-plan
no normal hours though steady work where I grew up.” But now conventions form
congealed sentiment: beat your Kristallrocks into shared squeegees, hope
you don’t live to see the Reichstag’s mirrored dome flaming your glass-flagged eye.

Luxe prison, hyperbaric cell, this prismatic retreat from the eye-for-an-eye
double-blind test of the dumb world’s acne of failures. A fictive line
in the sand, real as razor wire. And how that floated line, with care, hopes
to speak to the next, and the next, and next next next, now known
to each other on courtly yet boppish terms, dancing through cruciformed
sphered starred fractals of light. Wrecktangles. Rhomboids. Squares. Tripwired
triptychs springing traps on regiments of card-punching, retirement-plan
postmodernists. The skeptic’s strange battle call? Give paint a chance.

Secede from the Either/Or. Join the Both/Ands, the Neither/Nors. What’s known,
in the Biblical sense, accept, but shred the rest of that testament tomb. Plan
on a hard landing and the cynical gaze of those who cry “cynic.” Form
no opinions that can’t evolve like amphibians into upright facts. Hope
springs infernal, and occasionally those springs rust. That’s when your I
needs all its crackbrained blowtorching spit to clean away craggy mischance—
lame barnacled hitchhiker relentlessly talking your ear off on every trip—
slip open the door and push…then pop some wheelies over the centerline.

Eye trip through your wires, skinned pupils, this functionless form
a snaking line round the block in a downpour of facts and beamed-eyes,
all just the planned chance of a steely, well-vetted chance plan.
Still, moving still: lookout for hope, alive in the superunknown.

This poem also appears in the book ESCAPE VELOCITY 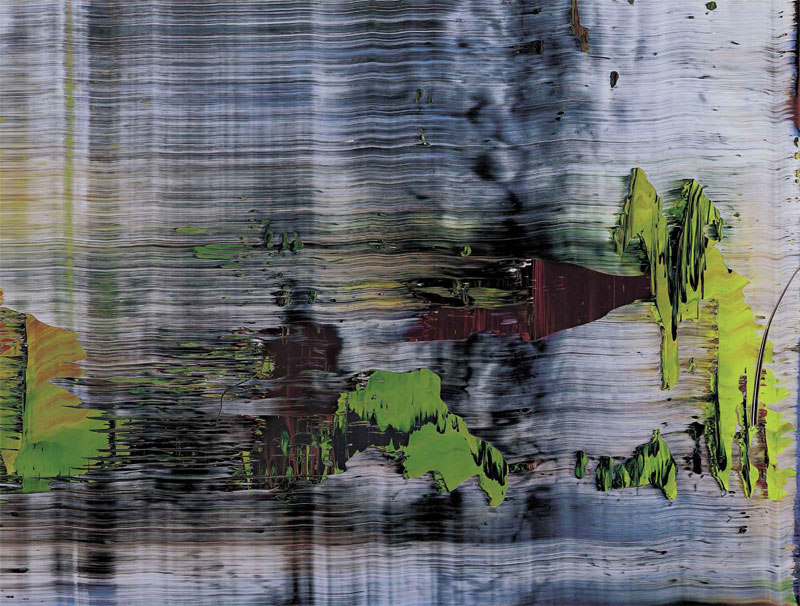