I was the second at the scene of this one-car wreck, a long way from no place, and discovered one of the three bodies, which had been ejected thirty feet from where the vehicle ended up. There were no cell phones in 1981 (obviously) and we had to flag down the next passing car to drive to the nearest ranch (many miles away) to make a call to town to get help. That’s me just beyond the guy holding the oxygen tank. 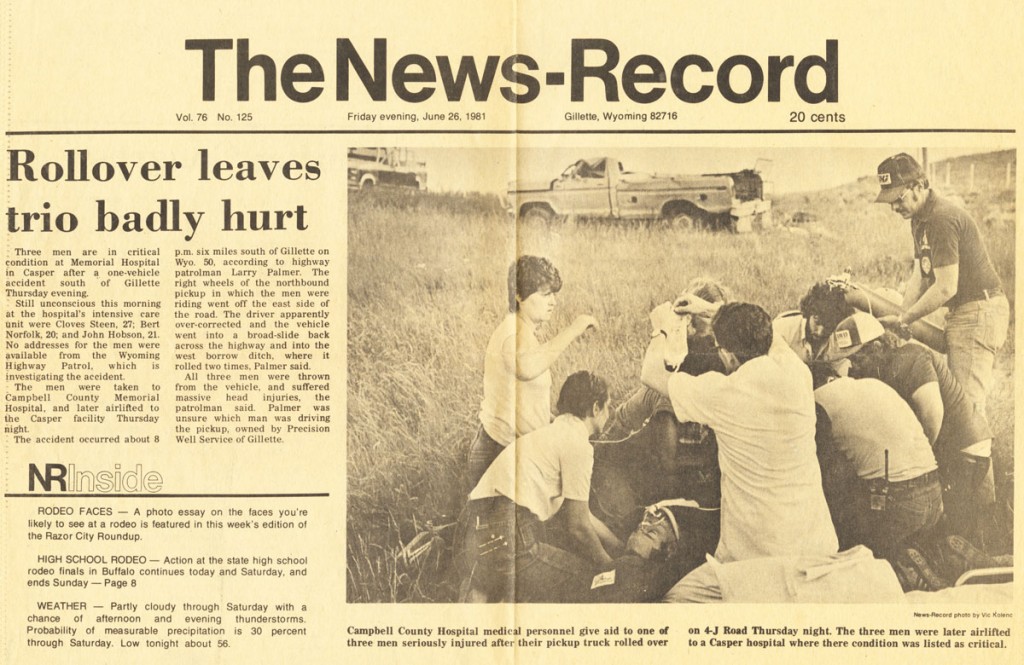