Sometimes the art of “getting that story” necessitated absurd maneuvers. in this case, an Otter Creek high school girl named Cindy Lee Stevens had agreed to have her picture taken, in full pom-pon girl regalia, in front of her family’s old homesteader cabin. But when Cindy arrived, she lost her nerve and her stage-fright grew progressively worse: she was afraid of making a fool out of herself. (We’d driven a long way to take this picture.) I asked her, “Do you think I would look pretty foolish doing a pom-pon girl routine and allowing Geoffrey to make my picture doing it?” She said, “You would never do that!” So I said: “How about if I do that, you do the picture?” Sensing a winning hand, she agreed. She didn’t know that, having played four years of soccer in high school and done radio play-by-play of varsity basketball and football games, I had pretty much observed and considered pom-pon from all angles. I took her pom-pons, did the routine, leapt, and Geoffrey made this picture. She then good-naturedly screwed up her courage and posed for her pictures, one of which you can find in the PDF of the “The Song of Otter Creek” story on the fifth page.

Photograph by Geoffrey Biddle, made during the 1981 photo shoot for db’s American West magazine article, ‘The Song of Otter Creek.‘ 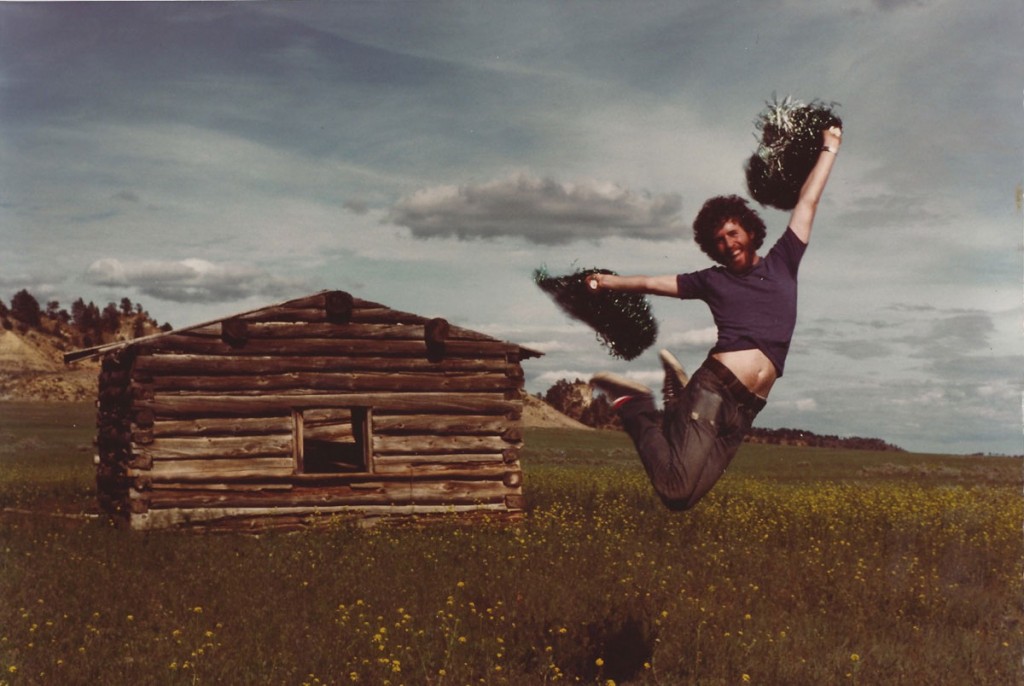